In She's Mine, Caitlin's friends bring her to the Asparagus Festival. I took this event directly from real life. This year marked the eighth anniversary of the Asparagus & Flower Heritage Festival held on the West Brookfield town common. Each year the festival grows but the cornerstone -- or plant-- is Asparagus. There's asparagus chowder, grilled asparagus, and other asparagus foods as well as asparagus for sale (fresh or roots to start a garden).
Why Asparagus? The West Brookfield Historical Commission explains:  Diederik Leertouwer came to this country in 1784 to promote trade between the Netherlands and New England. He later settled with his wife and daughter in West Brookfield where he carried out his duties as Consul and lived here between the years 1794 and 1798. At that time West Brookfield had a population greater than Worcester and was being considered for the county seat. 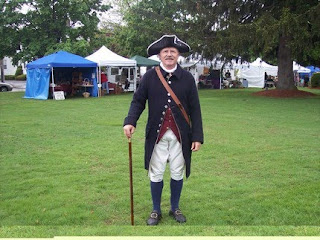 Local legend has it that Diederik Leertouwer imported asparagus from his homeland and was the first to plant it in this area. This fact was forgotten until it was discovered in an old cookbook. Wild asparagus still grows in this area today.

Leertouwer died here and is buried in the Old Indian Cemetery on Cottage Street, West Brookfield.

Once again this year our family business participated in the festival. With a name like Inishowen Farms Perennials, we fall firmly into the flower heritage part of the name. But we also offer asparagus roots for sale, to cover it all. The asparagus sells out quickly. As do the rhubarb plants. Not sure what it is about an asparagus festival that makes people want to buy rhubarb, but I'm not going to look that gift horse in the mouth!

Here are a couple pictures we took this year. I wasn't able to get out and take photos of the food court area, or much else that couldn't be seen from our booth. My daughter circulated, several times, and was even kind enough to fetch lunch for me. I had an old-fashion hot dog; the asparagus chowder is good and I like the grilled asparagus, but when you're swamped with customers it's better to go with something simple. 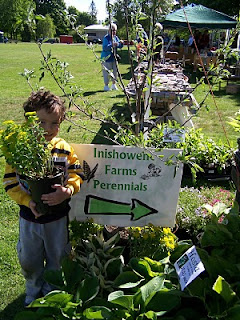 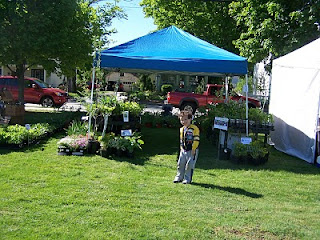 This is our booth (Liam could've been our #1 sales person - but he didn't want to stick around to sell plants!) 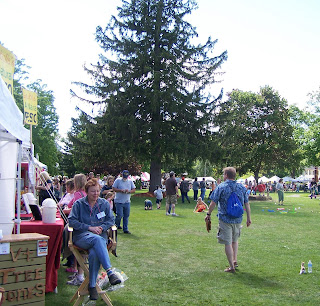 The view of the Rt 9 side of the common looking toward town (west). 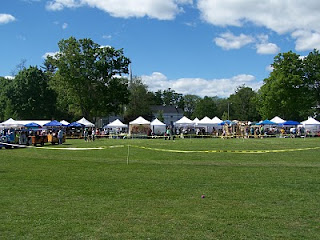 This was the view directly across from us (the Rt. 67 side of the common). There were 2 rows of vendors over on that side. 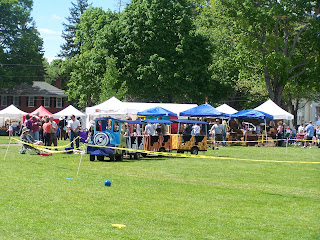 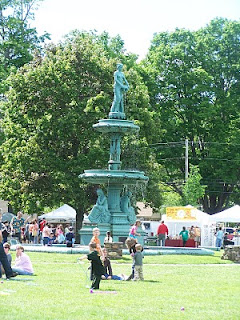 There was plenty of entertainment for the kids, including the Spencer Savings Bank train and Hoola-hop fun. In the bottom picture, the fountain in the foreground is a favorite place for the kides to play when the weather is hot. Behind the fountain, the food tents filled the area at the west end of the common.
Posted by Tammy Doherty at 11:43 AM