LIFE AND TIMES OF LUCAS MCGILLEY 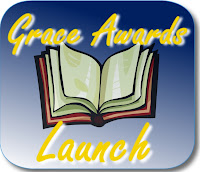 Today I'm happy to showcase Suzanne D. Williams. I first met Suzanne through Grace Awards and it turns out we like a lot of the same things - books, photography, Irish heritage, and more. Suzanne is the author of both nonfiction and fiction works and even writes a monthly column for Digicams.com about digital photography.  For the Grace Awards Summer Book Launch Tour, she's focusing on her novel THE LIFE AND TIMES OF LUCAS MCGILLEY, a young adult romance of first love and the importance of family. You can purchase this novel and Suzanne's other books at Amazon and Barnes and Noble.

Here's a blurb about the book: 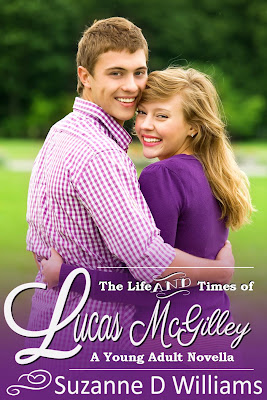 “Go ahead and plan to leave,” Lucas said. “Hold onto your ticket. I’ll even drive you to the train. But I’ll do it with Sam and John and Charles and Will. With Marcus and James. Even with Jesse. And you’ll have to look us all in the eye as you board and decide what’s more valuable to you. Your plans in Atlanta. Your friend, Christine, who I’m sure is great. Or ten people who love you.”

The second of eight boys, Lucas McGilley spent his youth pulling pranks. Yet growing up comes hard, and he’s learned his lesson. Or so he thinks.

Then Iris Willow shows up for the summer, and along comes love, strife, and a terrible family secret. He needs her now, more than he’s ever thought possible.
But can he convince her to stay, or will she catch the train and be gone forever?

Suzanne has graciously answered a few interview questions so we can get to know her better.

1) How did you come up with such an unusual name for your novel?

I woke up early one morning with that title in my head. I saw it like a headline. I am a graphic artist as well as a writer, so initially it came to me like the top of a newspaper. But when I made the book cover later, I decided to use a couple instead and give the title an old-fashioned headline effect.

2) Where did the storyline come from?

The storyline was originally a historical fiction. But because contemporary YA sells so well, I changed it. This enabled me to use a modern young couple on the cover and to include things like trucks and cell phones. But it keeps it’s “country” feel somewhat. I am a native Floridian and love to include descriptions of the landscape and lifestyle I am so familiar with in my books. This was the first YA I’ve written that I could really indulge myself in that and it still be contemporary.

3) What was the most difficult part of writing this story?

I try to make each story unique in some way. Lucas being one of eight boys is definitely unique, but add in the challenge of having so many names in the text, giving each of them a personality, and the rapport brothers in a large family would have with each other, and I had to stop and think…a lot. Sam’s my favorite brother next to Lucas. Lucas, being the troublemaker, I needed a brother who’d continually stir the pot, so to speak, and he became it.

Here’s an unusual fact about the book, my editor is herself a mom of five boys, so she identified with the feel of the family, and that was a huge help to me in finalizing the story.

4) Iris Willow is a different name. What’s her part in the story?

I love naming characters. As a mom, I personally tried to give my daughter a normal name. After all, I grew up having to explain “Suzanne.” But when it comes to books, I can indulge myself and choose things outside of the box. In Iris’ case, I asked a friend to name a flower, completely at random, and then a tree. I then put them together. It was that simple.

It being a YA romance, I had to have a girl in the story, and since the story is set in a small town way off the road, it made sense to bring her in from the outside, where she’d be unfamiliar with the area. It also seemed a good idea she not be used to a large family, and that created the problems between she and Lucas, her reluctance to get involved, and the mystery of why exactly she was there.

5) What do you love about writing YA?

The innocence of it, two young people first falling in love, and the thrill that brings to the heart and the mind. The older I get, the more I appreciate this.

I nver set out to be a YA writer, and actually, write many other romance titles, but it’s the YA that I always come back to, which brings me the most joy and feedback. As a Christian writer, I add Bible morality into each story as well. Some have more of a Christian theme than others, but all have foundational truths behind them.

No one person’s life is perfect, and I try to reflect that in the mistakes and foibles of the characters, and write what’s best for that particular tale because what works for one doesn’t work for another. Yet when all is said and done, love always triumphs because that, after all, is romance.

To learn more about what Suzanne, visit http://suzanne-williams-photography.blogspot.com/ or link with her on Facebook at  http://www.facebook.com/suzannedwilliamsauthor

Posted by Tammy Doherty at 8:00 AM