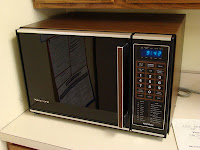 When I was in high school, my parents got a microwave oven. Mom tried cooking all kinds of foods in there. My all time favorite was microwave popcorn, arguably the greatest invention since the wheel. Warming up a cup of coffee is nice, too. I, however, didn't get a microwave until about ten years after getting married.

We got our first DVD player a few years after the microwave. And only because it was difficult to buy movies on VHS.
Nearly all my friends have cell phones. Not me. One day I will come into the 21st century. I mean, even my parents both have cell phones!

The future of publishing is moving more and more toward eBooks. Seems like nearly everyone has an eReader device of one type or another. Those who don't, read books on their computers. I love print books and will never give them up but it would be foolish to ignore the ePublishing market. So I didn't - my three novels are coming to the electronic book world!

If you're looking for a good book for yourself or to give as a gift, check out Celtic Cross and Claddaugh, both available as eBooks. And Celtic Knot will join them very soon! All three are Christian Historical Romance - Western action and sweet romance. Check them out today!

Posted by Tammy Doherty at 8:12 PM No comments: 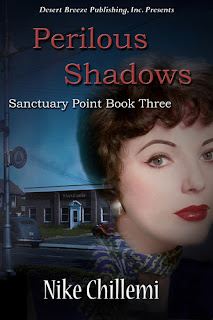 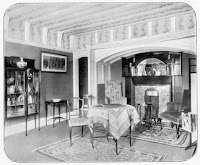